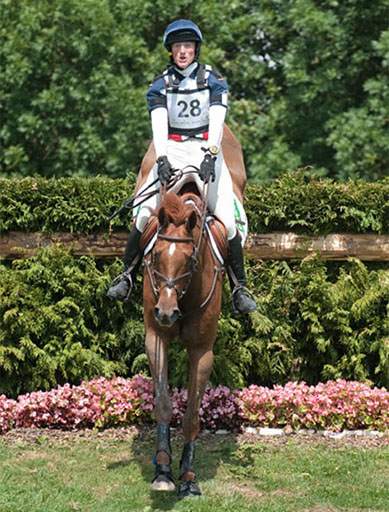 Toddy always thought what he was being asked to do was ‘pants’ until he learnt eventing was so much fun – thanks to the late Ian Olding who started him off in his naughty years.

He then became like a kid in a sweetie shop and lived for his eventing. He developed a rather cheeky habit when he got excited of instantly needing to roll – never quite managing to do it in prize givings but very nearly. He definitely has a naughty pony streak in him full of character!!

He is being a schoolmaster for the Lawsons grand-daughter.